Confucian Tradition and the Building of the Rule of Law

The concept of “rule of law” (fazhi法治) originated in early Modern Europe has been promoted across the globe as a universally applicable ideal of good governance. It has generated a colossal body of legal and academic scholarship. The concept with multiple definitions and its applicability beyond modern Europe, however, is as hotly contested as it is superficially understood. As almost an entirely “imported” product, the language of “law” was introduced into China from the West in the late nineteenth century. During the process, indigenous Chinese legal systems and language had been criticized as barbaric, backward and antithetical to Western legal practices, which were hailed as progressive and rational. In this emergent discourse on Chinese law, Confucianism was identified as the normative basis of Chinese legal practices and language. A Eurocentric view of Confucianism has since constructed a Chinese legal tradition that was Confucian and reliant on morality rather than law in governance, giving rise to the so-called “rule by virtue” (dezhi 德治) vs “rule of law” (fazhi 法治) paradigm. This lecture will approach the “problem” of rule of law in China from four perspectives: cross-cultural translation, historical, theoretical, and the Confucian tradition of “observance of law” (shoufa 守法) and good governance. In light of this manifold analysis of the “problem of rule of law”, the last part of the lecture will venture to discuss contemporary efforts of “building rule of law” (法治建設) in China.

Prof. Chow Kai Wing is the Professor in the Department of History, Department of East Asian Languages and Cultures, and Department of Medieval Studies at the University of Illinois at Urbana-Champaign. Prof. Chow is also the affiliated faculty of the Center for East Asian and Pacific Studies and the curator of the Spurlock Museum of Illinois. Prof. Chow’s research interest include, religion, commercial and law, and public culture in Qing China. He is an expert in studying intellectual and cultural history of imperial China. 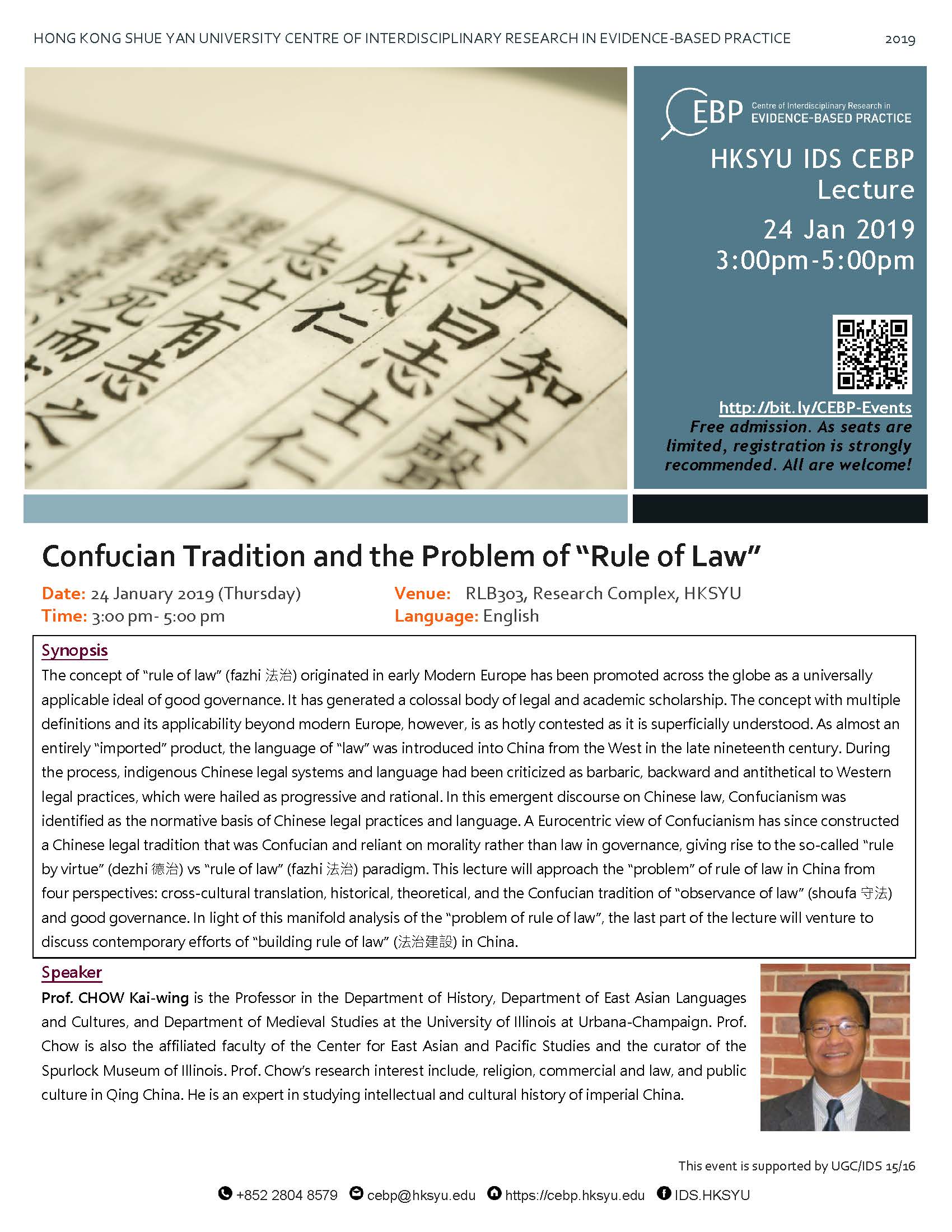