Into the Breach: Ethics and Decision-Making in a Real and Virtual World

2) We recommend registration in advance for seat-reservation and news update.

Over the last two decades the world has witnessed a tsunami of unethical decision-making by leaders in business, government, universities and other institutions. From the collapse of the Enron corporation in 2002, to illegal wiretapping at the News of the World newspaper in the middle of the last decade, to the 2008 economic collapse, to the failure of governments to address global warming, to the Siemens Corporation’s decade-long bribing of government officials in Asia, Africa, the Middle East, and Latin America, to the recent unveiling of carbon-emissions deceptions perpetrated by the Volkswagen company, to social media sites hosting fake news – and beyond, corporate and government and other leaders have made unethical decisions causing tremendous harm to a wide range of stakeholders. The question is how and why this happens. What is it that drives leaders in corporations, governments, universities and other institutions to unethical decision-making?

We will look at the forces at work that lead decision-makers down the wrong ethical path.  Economics and conflict of interest, of course, are two major culprits. But there are others. And we will look at the intellectual forces that work against a decision-maker doing the right thing. Wishful thinking, rationalization, a failure to think across time and space are some.

We will also consider who the ethical gatekeepers should be and why they often fail to do what we expect them to do. This includes regulators and boards of directors -- and lawyers. With regard to the latter, what is the role of the in-house counsel at a corporation or university or of a law firm solicitor in ensuring that ethical decisions are made? What is the role of a lawyer who is advising on and negotiating a trade or investment or other transaction when he or she sees that the client is engaged in, or about to engage in, unethical decision-making?

And, finally, we will consider what can be done to ensure, or at least foster, ethical decision-making. What systems and procedures can be established to help decision-makers do the right thing?

Should you have any enquiries, Please feel free to contact: irpids@hksyu.edu 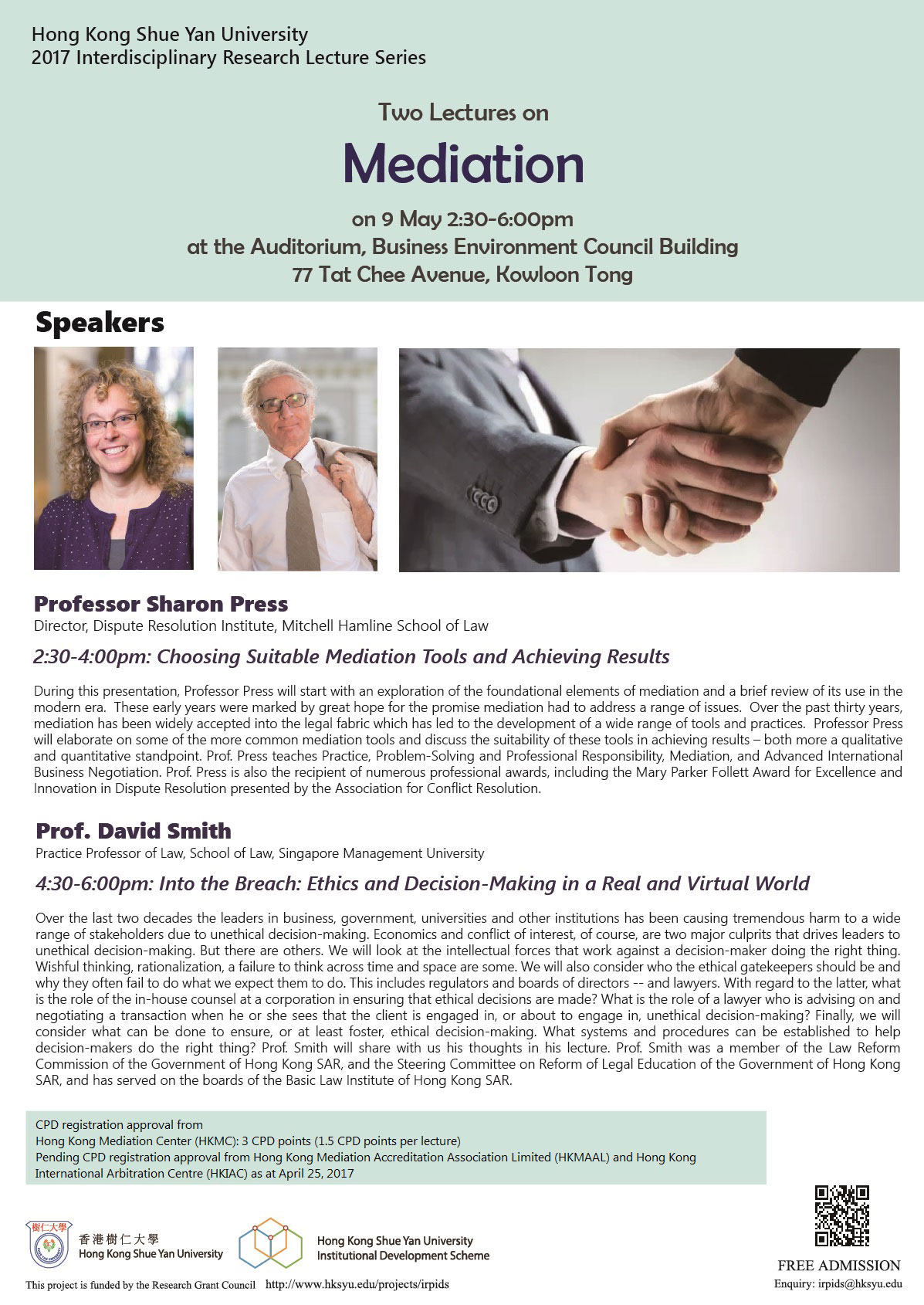